Dogecoin – The Meme That Shocked the World 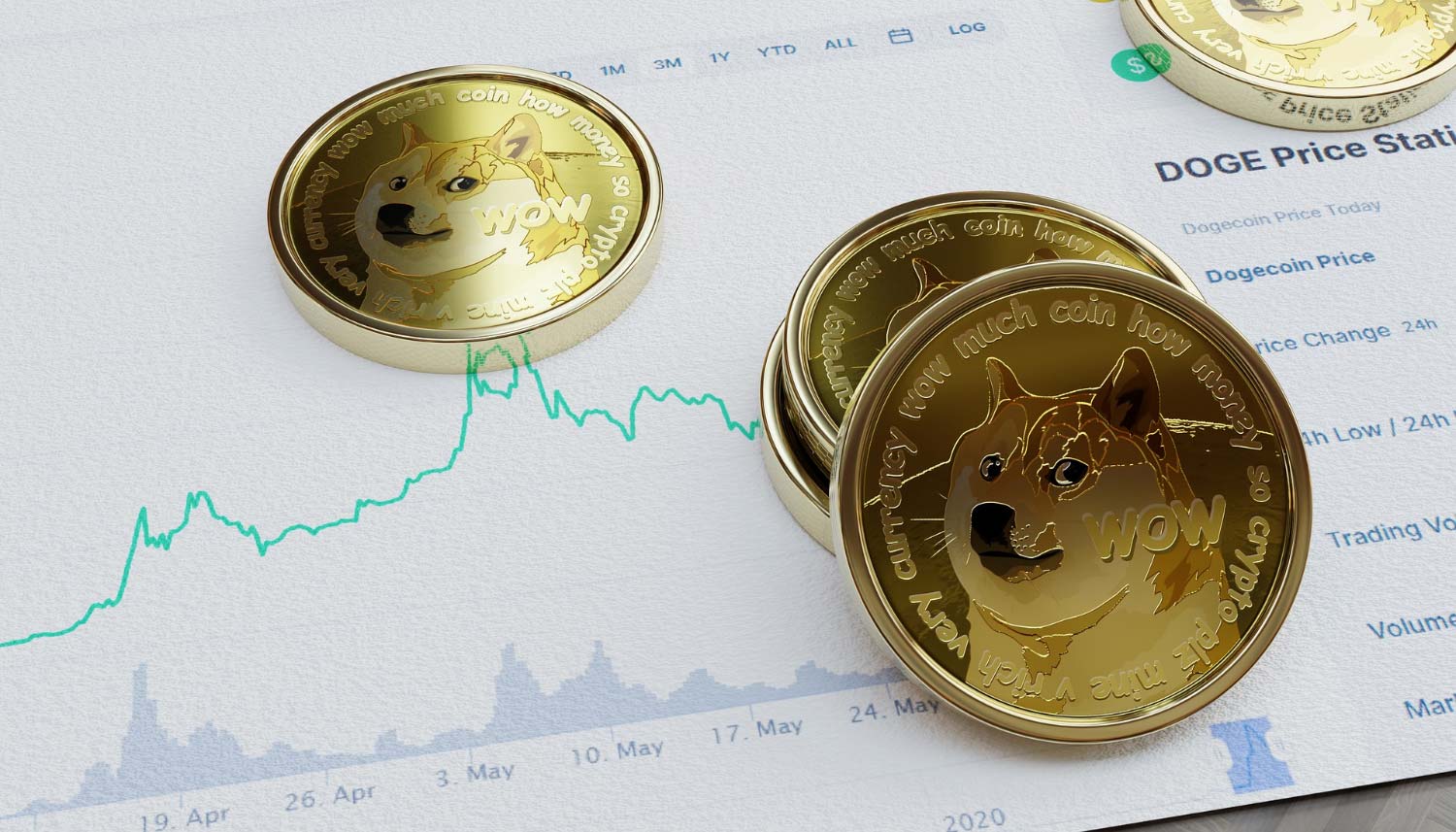 Ever heard about a meme that’s worth more than £36 million? 2 friends created Dogecoin back in 2013 – it was just a cryptocurrency parody that didn’t have any value. Its mascot is a meme-like Shiba-Inu that cannot really spell or get the grammar right.

Blockchain backers and cryptocurrency enthusiasts see great potential for the top coins such as Ethereum and bitcoin that could typically upend the traditional financial systems and affect a wide range of industries.

However, there is nothing serious about dogecoin – the meme-worthy ‘joke’ inspired by the meme of the Shiba Inu dog. Technically, there’s just one important detail – price gains that this crypto has experienced in 2021. This year dogecoin started at less than a pound per coin before rising in late January, as the byproduct of a meme stock trend, which affected GameStop, AMC.

However, dogecoin has not shown any signs of backing down – the coin reaches a new high above £0.53 in may amidst the latest Bull Run. Although it is currently off the mark by more than 50% amidst wide cryptocurrency market declines, the price of dogecoin still sits at around 60 times higher than it was back on January 1st, with high profile advocates fueling its upsurge.

The origin of Dogecoin is like a joke. As mentioned earlier, it was largely inspired by the popular doge meme and the early upsurge of the promising bitcoin back in 2013. Jackson Palmer, an Adobe software engineer posited Dogecoin’s idea as satire. Thereafter, Palmer’s idea was actualized after he partnered with Billy Markus, IBM software engineer, with Dogecoin code primarily based on Litecoin.

Dogecoin started getting more attention on social media platforms in Summer 2020. The coin also seemed to impress YouTuber superstar Jake Paul as well as SpaceX and Tesla CEO Elon Musk. Any attempts to push the prices up to £0.72 per coin did not pan out, even though the prices started to gradually creep up towards the end of 2020 – but mostly sat under one cent per coin.

The Latest With Bitcoin

Amidst Januarys meme stock flop where social media instigated buying extravaganza sent the price for GameStop, AMC soaring, investors started to look for the next stock to buy cheap and then trying pumping to surprising new heights. In just a week, the prices of dogecoin rose from below a pound to almost £0.058 per coin, before it settled at about £0.036 for the best part of the spring.

Nonetheless, things got more wild after that with dogecoin popping up to about £0.29 per coin back in April 2021 before you pull back, but it then leaped again to a new high at £0.53 in early May. The wide cryptocurrency market hasn’t been doing very well since then, in part because of Tesla stopping bitcoin as a valid payment method for its cars because of the impact cryptocurrency mining has on environmental impact. However, dogecoin is still around 6,000% from January 2020.